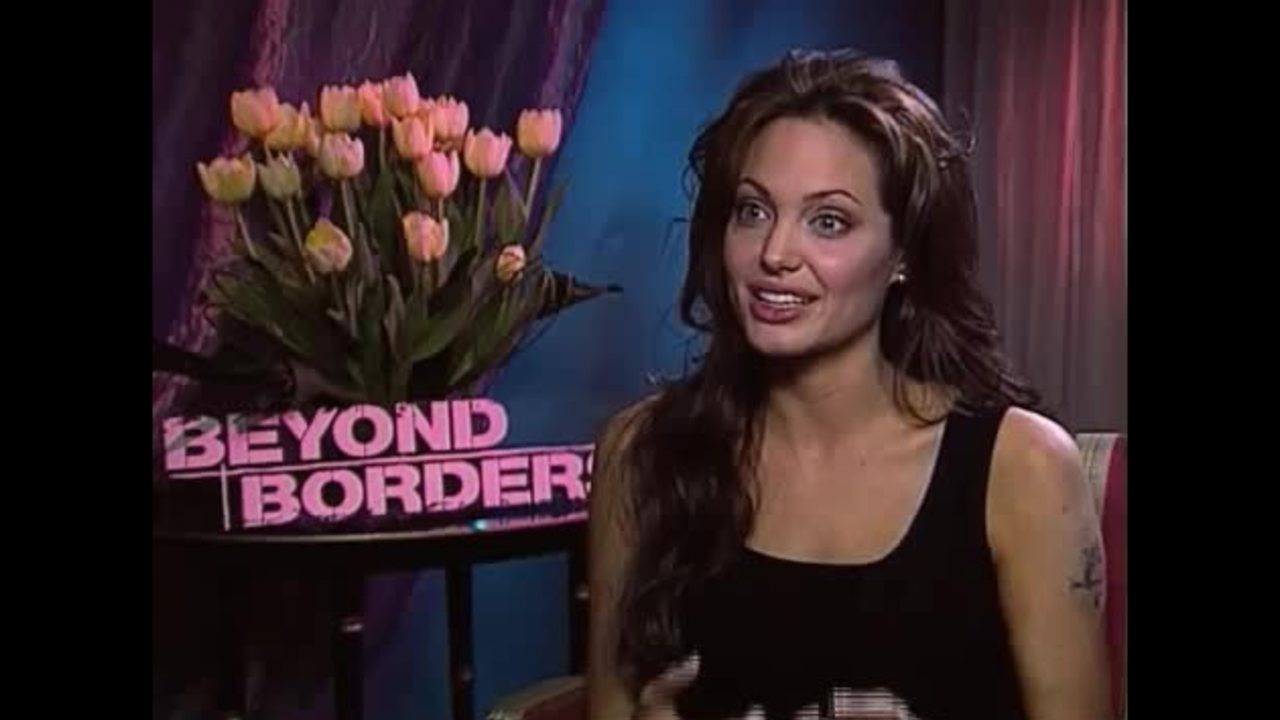 Jimmy Carter grew up working as a reporter and producer in radio and television broadcasting. He has interviewed most of the major movie stars, as well as a great many directors, musicians and famous people for television, and is now hugely popular on YouTube.

In this interview Jimmy Carter asks Robin Williams about his experiences during the making of the movie Hook.

In this second part of the interview Jimmy Carter asks Robin Williams about the message in the movie Hook and just why he was chosen for the role of Peter Pan.

Jimmy Carter about Adam Sandler: “He doesn’t do a lot of interviews anymore, but he used to be a nice guy, like a lot of funny folks, sort of shy, and listen to him talk about his childhood.”

Jimmy Carter interviews Sharon Stone about her acting career and her image as being the sexiest woman on screen.

Jimmy Carter interviews Sandra Bullock about her daily work routine and is curious about her dating life.

Jimmy Carter interviews Farrah Fawcett about her role as one of the angels in Charlie’s Angels. She reveals to us how far some fans are prepared to go to see her. And she talks about the comedy series Man of the House in which she plays the role of a mom.

During her interview with Jimmy Carter Angelina Jolie reveals some personal experiences as an actress and talks about her latest movie.

Jimmy Carter interviews famous actor Sean Connery who talks about his childhood and youth during the time of the Second World War and answers a few questions regarding the making of his latest movie.

Jimmy Carter interviews Sylvester Stallone who shares with us his ideas on Freedom of Speech, the Bill of Rights and… horror movies.

Tom Cruise shares his experience of working with Top Gun naval aviators and his perceptions of them throughout the making of the movie Top Gun with Jimmy Carter.

In part two of the interview with Jimmy Carter, Tom Cruise continues to share his experiences working on the movie Top Gun, as well as on a subsequent picture with Paul Newman.

Jimmy Carter interviews famous singer and actress Beyonce about her career, the time when she was a part of the successful trio Destiny’s Child and her movie The Fighting Temptations.

“What do you dream about, singing or acting?” Listen to Justin Timberlake’s candid answer to this question from Jimmy Carter’s interview.

Jimmy Carter talks with Phil Collins about his early years, getting paid to scream at the Beatles, teaching himself to play the piano and about his life-long ambition: to be a drummer.

Jimmy Carter interviews former US president Jimmy Carter. He reveals some very interesting stories about some experiences he’s had in his life.

Jimmy Carter interviews Eddie Murphy about his new Beverly Hills Cop movie and asks him how he is enjoying life with a family now.

Jimmy Carter: One of the most difficult series of interviews for me to watch… He was such a joyful, full of life, nice person to work with… What a loss… in case you never knew him… this interview will help you get a feel for him…

Jimmy Carter: On May 27 1995, Christopher Reeve was paralyzed in an accident during the cross country portion of an Eventing competition. He was confined to a wheelchair for the rest of his life.

Although Reeve was tall enough for the role and had the blue eyes and handsome features, his physique was slim. He refused to wear fake muscles under the suit, and instead went through an intense two-month training regimen supervised by former British weightlifting champion David Prowse, the man under the Darth Vader suit in the Star Wars films.

Jimmy Carter on Steve Carell: Drier than the driest martini! I loved him as the weatherman in the film, The Anchorman…. He told me recently he would love to do a sequel to that film so WILL FERRELL get GOING! This was an early conversation about the new (to America) TV show, The Office….

Jimmy Carter about Anthony Hopkins: Brillant actor.... SIR Anthony Hopkins, one of the best EVER really... So well spoken and elegant... Doing an interview with an actor is like doing a scene... he makes anyone in a scene with him look better!

Anthony Hopkins is fantastic as Picasso... and in so many other film classics.

Kate Beckinsale talks about starring in the vampire film Underworld and the birth of her daughter.

In this interview from 2004 with Jimmy Carter, budding American film actress Carmen Electra describes her life as being in the middle of a tornado. Enjoy!

This interview with a young Demi Moore covers a number of topics, including maturity, motherhood, and problems faced by women in Hollywood.

In this brief interview, probably from late 90’s, Jimmy Carter asks American actor Cameron Diaz about her career in general and, more specifically, about her recent releases There’s Something about Mary and Very Bad Things. Enjoy!

Angie Everhart talks about her past work in modeling and as an actor. She talks about her roles in Jade and Tales from the Crypt. She also has some advice for young people aspiring to be models.

Jimmy Carter: Gere is always a good interview... easy to talk to and smart....

Harrison Ford keeps his cool as he fields questions from Jimmy Carter on all sorts of subjects, from his role in the movie Sabrina, to his self-confidence, and even learning carpentry.

In this interview Jimmy Carter asks actors Tom Hanks, Kevin Bacon and Bill Paxton about the making of the movie Apollo 13 and its award-winning director Ron Howard. Enjoy!

Here’s another one of Jimmy Carter’s interviews. This one’s with the British film, screen and television actor Anthony Hopkins. In it he discusses how, at this point in his career, he’s beginning to slow down a bit. Enjoy!

In this interview from 1994, American film star Sharon Stone addresses a wide range of subjects: her work with Sylvester Stallone, free time and the rumor that she's a "clothes horse" - to mention a few. Enjoy!

"Do stars themselves get starstruck?" Interviewer of the stars Jimmy Carter gets several prominent Hollywood actors to open up in response to this provocative question. Enjoy!

In this interview from 1995, actress Cameron Diaz explores the impact that the success of the film The Mask has had on her life on and off the set.

Halle Berry talks to Jimmy about her taking a break from dating and about Bulworth, a movie she made with Warren Beatty. The movie is an American political comedy about a politician telling the truth about racial and social inequality in the US, and dealing with the consequences.

Jimmy Carter asks Adam Sandler about some biting criticism he had received in regard to his Saturday Night Live appearances. They also talk about the old days, Sandler's various characters, and his movie The Wedding Singer.