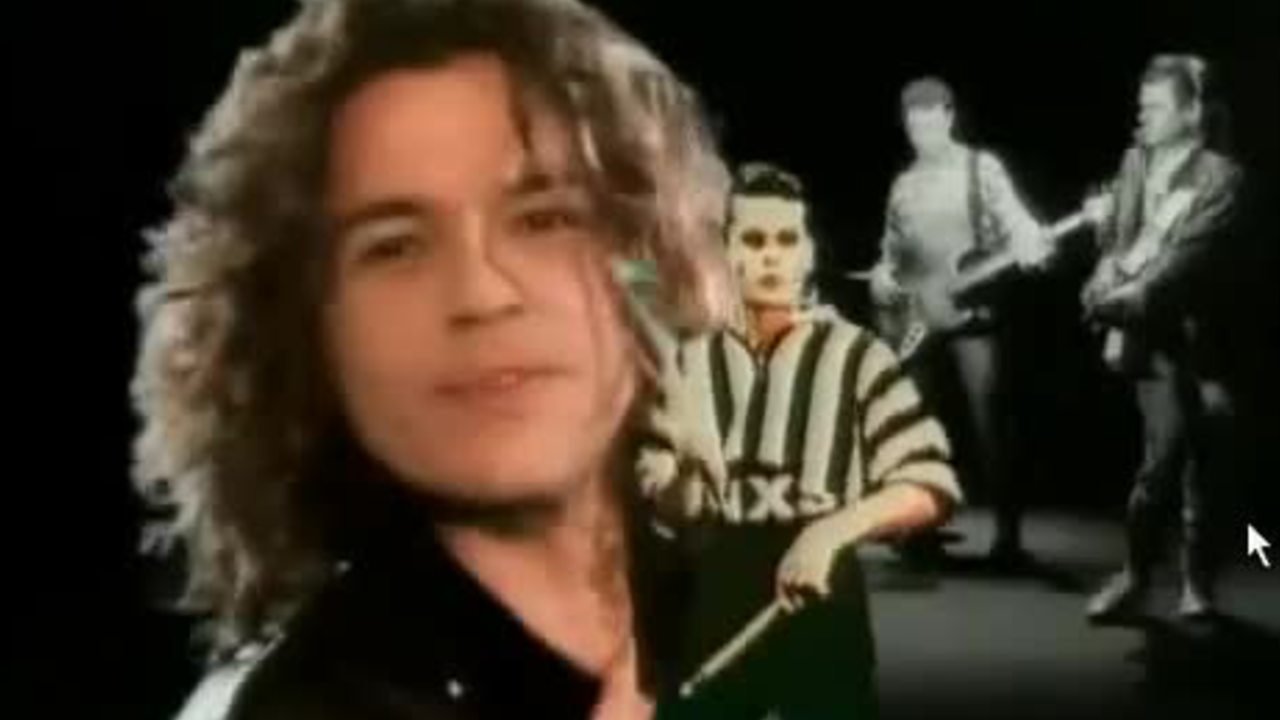 INXS (pronounced "in excess") was an Australian band initially known for their new wave/pop style. They later developed into a harder pub rock band that included funk and dance elements. Throughout the 1980s and into the 1990s, INXS was a major force in Australian popular music, leading the way to worldwide popularity for several Australian bands. In 2014, the Australian TV network "Seven Network" released a miniseries focusing on the band's behind-the-scenes stories, called INXS: Never Tear Us Apart. It is based on the band's rise to stardom, and focuses on the events leading up to the death in November 1997 of Michael Hutchence, its lead singer at the time.

The song was written by Michael Hutchence and Andrew Farriss of the group INXS, after the band had gotten back together after a year-long sabbatical in 1989. The song was named after a woman who had bleached her own hair because she had "dyed" by her own hand and who was "love devastation". It is rumoured that Hutchence's then-girlfriend, Kylie Minogue, gave him the inspiration for the title while working on her 1989 film The Delinquents.