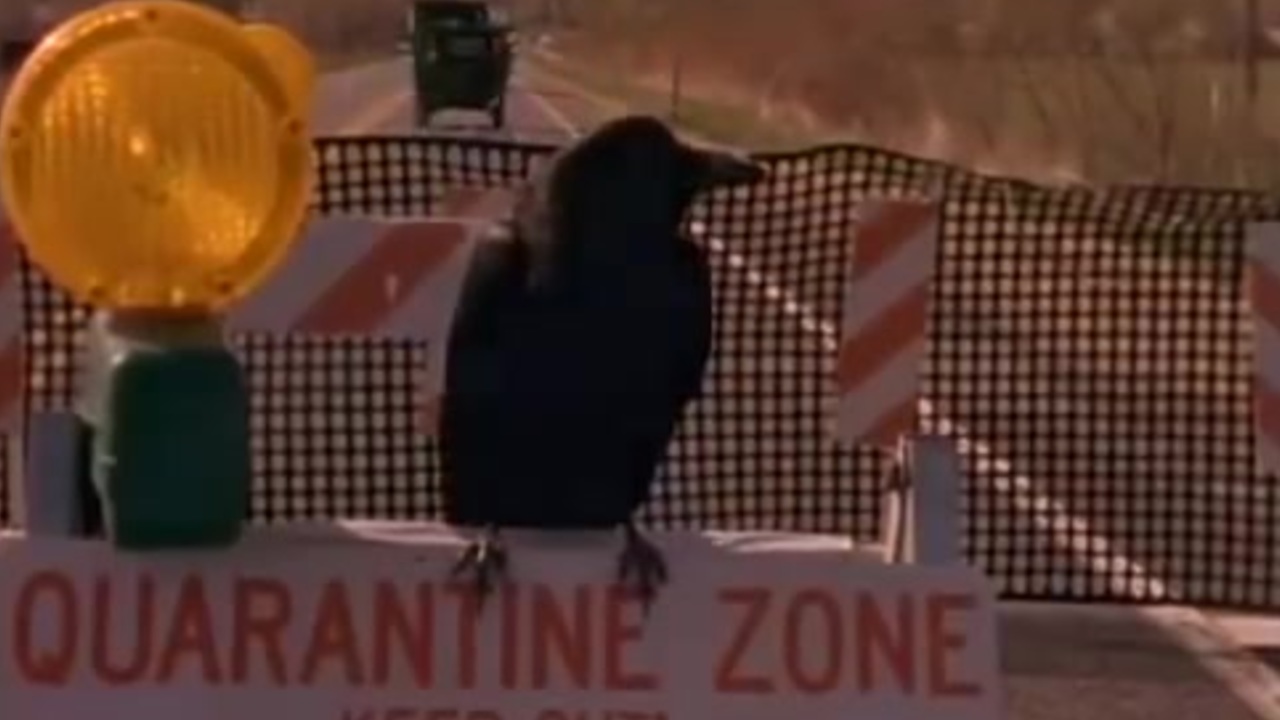 Stephen King is the most famous thriller/horror author from the U.S., and many of his novels have been made into feature films. In "The Stand," a weaponized strain of influenza known as "Project Blue" is accidentally released inside a secret underground laboratory. Charles Campion, who has been charged with security, manages to escape the base due to a fault in its lockdown/containment protocols and flees by car with his wife and child.

When Charles Campion's car nearly crashes into a gas station, the men hanging out outside don't know what to do to save him. Campion's wife and baby have already succumbed to the illness, and he is also not long for this world.

By the time the army tracks Campion down to the town of Arnette, Texas, he and his wife and daughter have already died of the Project Blue virus. Did they spread it to others or can it still be contained?

The United States Army attempts to isolate the city and area around Arnette, Texas, going as far as to take civilians into custody. Meanwhile, Hap, Vic, and Joe Bob have all begun coughing...

The army rounds up everyone who came into contact with Campion after he and his family escaped from the facility where the virus was being developed. This includes Stuart Redman, who was working at the gas station where Campion met his demise, and Stuart's wife.

Larry Underwood is a young, narcissistic pop singer who has just released his debut single "Baby, Can You Dig Your Man?" He runs up a lot of debt while living in Los Angeles and travels to New York to hide out, on the pretense of visiting his loving, but deeply disapproving mother.

Stuart Redman is forcibly held in a specialized center in Vermont, but proves immune to the virus. Harold is in love with Francis and tries to impress her with a self-written and published poem.

While Frannie and her father have a heart-to-heart talk, Stu Redman is getting tired of being kept in quarantine without any information and demands to talk to someone who can explain what's going on.

Shortly after the start of the epidemic, deaf-mute Nick Andros is beaten by some local thugs while walking on the street at night. He is mildly injured in the assault, and has dreams of Mother Abigail telling him to come see her in Nebraska.

Nick Andros wakes up in prison after a local doctor finds him on the street, nearly running him over. Nick manages to make himself understood and tell the sheriff who beat him.