On a sunny fall day, Jessica, who lives in Brooklyn, introduces her neighborhood and gives us a tour of the best sights.

English singer-songwriter and musician James Blunt released his first album “Return to Bedlam” in 2004 which included this hit song “You’re Beautiful” written by Blunt along with Sacha Skarbek and Amanada Ghost. This song remains Blunt’s most successful single.

In London with Lauren - Piccadilly Circus

Lauren takes us on a tour of Piccadilly Circus and Leicester Square in London, revealing some private details about Eros on the way!

Watch and laugh as the Chicago Bulls struggle to identify their fellow teammates in drawings done by 2nd and 3rd graders who had previously put on their Picasso hats to draw their favorite players.

Dream to Believe - aka Flying

Robin runs into problems with her stepfather as he reminds her that the family business is to come before her gym team. Her family dynamics prove to be a challenge to her. 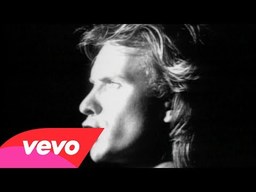 The Police - Every Breath You Take

"Every Breath You Take" is a song recorded by the London-based band the Police. It was written by Sting and was nominated that year for several Grammy awards. Enjoy!

The Doors - Touch Me

Adele's new single is a hit, thanks to a chat she had with Ellen…

Featured on Ellie Goulding's third studio album, "Love Me Like You Do" debuted at the top of the UK charts.

The Monty Python Channel - The Bridge of Death

Lenka - Everything At Once

"Everything at Once" is a song written and recorded by Australian singer Lenka.

Rozalia Project - Livin' on the Ledge

What happened when Expedition PROTECT and American Promise arrived at Jeffrey's Ledge, a marine protected area in the Gulf of Maine? The crew tells us about what they are doing and why.

Hawaiian musician, entertainer, and sovereignty activist Israel "IZ" Kamakawiwo'ole helped to popularize and change perceptions of Hawaiian music. This video with his version of "Somewhere over the Rainbow" includes footage from his funeral, attended by roughly ten thousand people, and the scattering of his ashes.

This song will help you review the names of various jungle animals in English. Just beware of the crocodile!

Singer-songwriter Meghan Trainor's latest hit connects to the #metoo movement and the problem of men not paying attention to the boundaries set by women.

Annette explains what colloquial contractions are, and shows us three popular ones: "kinda," "wanna," and "gonna." She tells us where these words come from and how they're used in context.

The three girls are happy to be reunited, and Maggie gets settled into the apartment. She feels lucky to have such good friends.

"Space Oddity" remains one of David Bowie's most famous songs. Inspired by Stanley Kubrick's film 2001: A Space Odyssey (1968), it is about the launch of Major Tom, a fictional astronaut.

Bohemian Rhapsody is a biographical film about the British rock band Queen, focusing on lead singer Freddie Mercury's life leading up to Queen's Live Aid performance at Wembley Stadium in 1985. Freddie defied stereotypes and shattered convention to become one of the most beloved entertainers on the planet.

English with Amy - Tips for Learning Languages with Yabla

What exactly is it that makes Yabla such a fun and effective language learning tool? Amy explains what she enjoys about using Yabla, and how we can gain the most from the experience.

Jimmy Kimmel - Kids Answer "What is the Best Country in the World?"

Kids are asked what the best country in the world is. Since not all of them actually understand what counts as a "country," some of the answers are pretty funny. This humorous video is great for learning about asking questions with words like "what," "why," "where," and "how."

In the United States, a presidential inauguration takes place every four years. The US now has a new president, Joe Biden, and Kamala Harris was sworn in as the first woman vice president. Part 1 of this video takes a look at the day before the inauguration.

History was made on Mars when the small robotic helicopter called "Ingenuity" took its first flight from the surface of the Red Planet.